Almost a year ago, I said “no” to something. And I meant it when I said it. Those two little letters. They were big.

I said “no” to the life I had been living. No. No more. Not any longer. Never again.

And when I did that, without realizing it in that moment, I was actually saying “yes” to me. Yes, you can do this. Yes, you are worth more. Yes, move on.

I gave myself permission. It all happened in that moment, for sure, but sometimes you don’t realize the magnitude of one moment until you’ve had time to step back. To take it all in. To gaze at the landscape of the months that have faded behind you.

But, the season is changing. And the things that have changed about me, and my life, and my environment, surprise me on a daily basis. Because they’re subtle, but important. They represent bigger things. Even though they’re small, they’re huge, if that makes sense.

Because sometimes the smallest things are the biggest things. Those quiet moments, the ones that catch you off guard. That’s when you have those private epiphanies, the ones that shock your brain, give you goosebumps, make you shake your head or utter something out loud, even if it’s to yourself.

Because, you have surprised yourself. Your life, what it was and what it is now, surprises you. And that is so strange, because you’re living your life every minute. You. You’re the only one living your life, yet with distance and reflection, you realize how you were too close to see your life clearly. For what it was.

So with reflection, I’ve realized that I’ve continued to say “yes” to me ever since I said it silently in that one striking moment. And not “yes to me” in selfish way. Just “yes” to things that allow me to be me.

Less, “Yes, I want that purse.”  More, “Yes, that is something that I can do. Something that will nourish my soul.”

A quick list of things I’ve said “yes” to includes:

Running. For my sanity. And for strength. And to prove to myself I could do it. Even when someone isn’t chasing me.

Hiking into the unknown. If it’s a local mountain or one of the world’s seven wonders, I’ll go there. Let me see what’s down there, or up there. Either way. Lemme see. 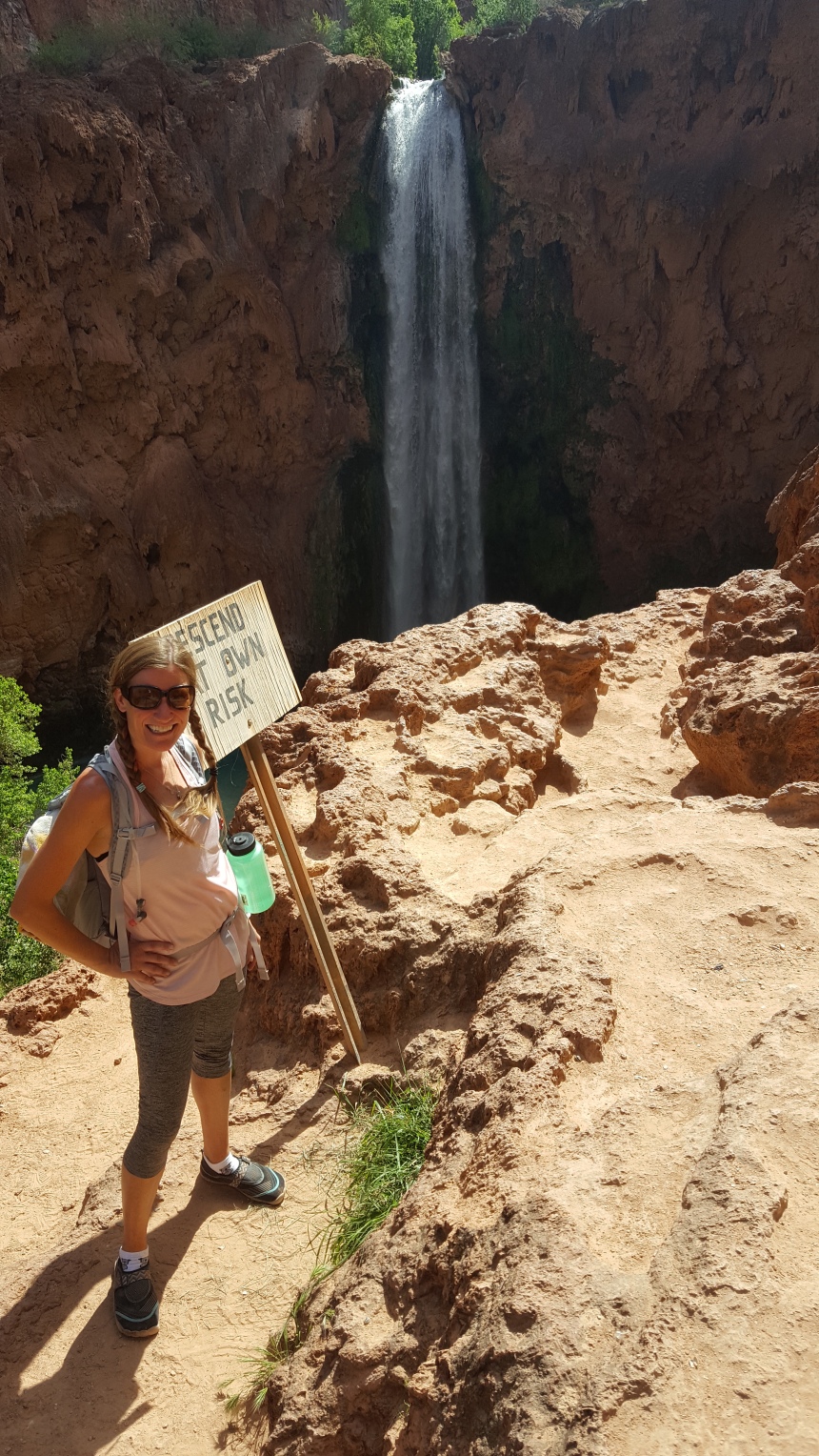 Paddleboarding. Not scary, but always something I wanted to try. So, I did. And loved it, instantly.

New people. When you say yes to experiences, you meet other people who say yes to the same things. And that’s incredible. Because, you aren’t looking for people, but they come with the adventure. And it’s priceless.

Grilling on my own. Not a huge deal. Not huge. But grilling with charcoal can be intimidating, with the starter and the whole thing. So this is one of those things I said, “Yes, I can do that. And get it on the money.” And I did. More than once.  Except for the first time I did burgers. I literally killed those. They were hockey pucks. But we ate them.

Sinking anchor brackets. I measured. Used a drill. And crushed those suckers into the wall like a boss. And the shelf is straight and still hanging. Boom.

Painting. Of course I knew I could paint. But I didn’t know I could just open a gallon, pour in a shitton of glitter and make myself a little rainbow-style walkthrough in the curved doorway between my bedroom to my bathroom – so I feel, in my soul, like I’m going under a rainbow every morning. No one told me no. So I said “yes.”

Tequila. I should clarify this one. “Shots” is a better heading. And that makes me sound like a lush, which I’m not. Which is why I’ve never really done shots, or drank tequila, in my life. I’ll throw back a margarita. Or two. But not shots. Way too scary. So, I said “yes.” And I also said “yes” to a shot of whiskey. On separate nights, spread out over time. And there was no barfing or general irresponsibility. Just an experience. Did that.

Going out after dark. This about blew everybody’s minds in my house. Yes, we can go out after dark. We aren’t locked inside. Whatever we needed, we could get when it was dark out.  We didn’t have to wait until the morning. It’s a little thing, but it was a big thing.

Standing my ground. This is a huge thing. And admittedly, my footing slipped from time to time. Sometimes the ground was deliberately shifted beneath me, sometimes I wavered. But more times than I can count, I stood my ground. Firm. Or at least more firmly than I had in years past. And it felt good. And I needed to do it. And I’ll keep doing it, because now I know I can.

And, I’m starting to say “yes” to other things now. For starters, I’m saying “yes” to my truth. That’s a biggie. I’m writing, talking, sharing. The truth is hard sometimes. It’s ugly. But it shapes who we are, and there is no sense in hiding it. It was hidden for far too long.

And there are so many other things I’m saying “yes” to.

Like knee socks. Fun ones. In public. Any kind of hairstyle, even the messy updos. Pot roast. I’m saying “yes” to cooking pot roast without fear. Long story, but it’s monumental.

I’m saying “yes” to crazy leggings, especially the Hello Kitty ones that I used to get dogged for. What? They’re comfy and fun and if you can’t wear fun leggings, you’re taking life way too seriously.

I’m saying “yes” to conversations, with whoever I want whenever I want, without reservation. I’m saying “yes” to using my GPS on my phone without fear of being tracked. Because sometimes you need the damn map lady, and I’m horrible with directions (ask my childhood friend who always had to give me directions home from wherever we had just driven to).

I’ll say a big “hell yes” to cereal for dinner, if that’s what I want. Kids will eat something, but if I just want three bowls of Honey Nut Cheerios, that’s what I’m having. I’ve been saying “yes” to exercise for months. That was an immediate need that turned into therapy that turned into a love affair I can’t quit.

Yes to exercise and running and challenges and all of it. Yes. Please. More.

And, most importantly for me, I’m saying “yes” to adventures. Big ones and small ones. The best part is not knowing what the hell will happen. That’s what adventure is about. Discovering the outcome, and being surprised, delighted, challenged, awed. That’s what it’s about.

Finally, I’m saying “yes” to my own opinion. I’m hearing my own voice and sharing it, with growing confidence. Knowing it’s okay to have an opinion, a perspective. Because, it’s valuable. If it’s not valuable to the person listening, it’s valuable to my soul to be able to express it.

Sometimes when you’re too close, you can’t hear yourself. My head is finally quiet enough to hear my own voice again, and my soul is comfortable enough to use it.

1 reply to Learning to say “yes”