If you haven’t seen the teaser trailer for Episode IX of the Star Wars saga, you won’t know what I’m referencing here. And, I’m thinking, if you haven’t seen The Force Awakens or The Last Jedi, you also might be a little lost.

The voice. Rey is steadied, after having a brief respiratory freak-out, by a voice in her head that turns her into some kind of fierce, don’t-friggin-try-me-or-I’ll-flip-my-ninja-self-into-your-spaceship-thingy Jedi.

It’s like a switch. One minute she’s visibly and palpably anxious, breathing hard and clearly in a state. The next? She’s calm and fierce and determined and ready. Just like that.

Guess what? We are. 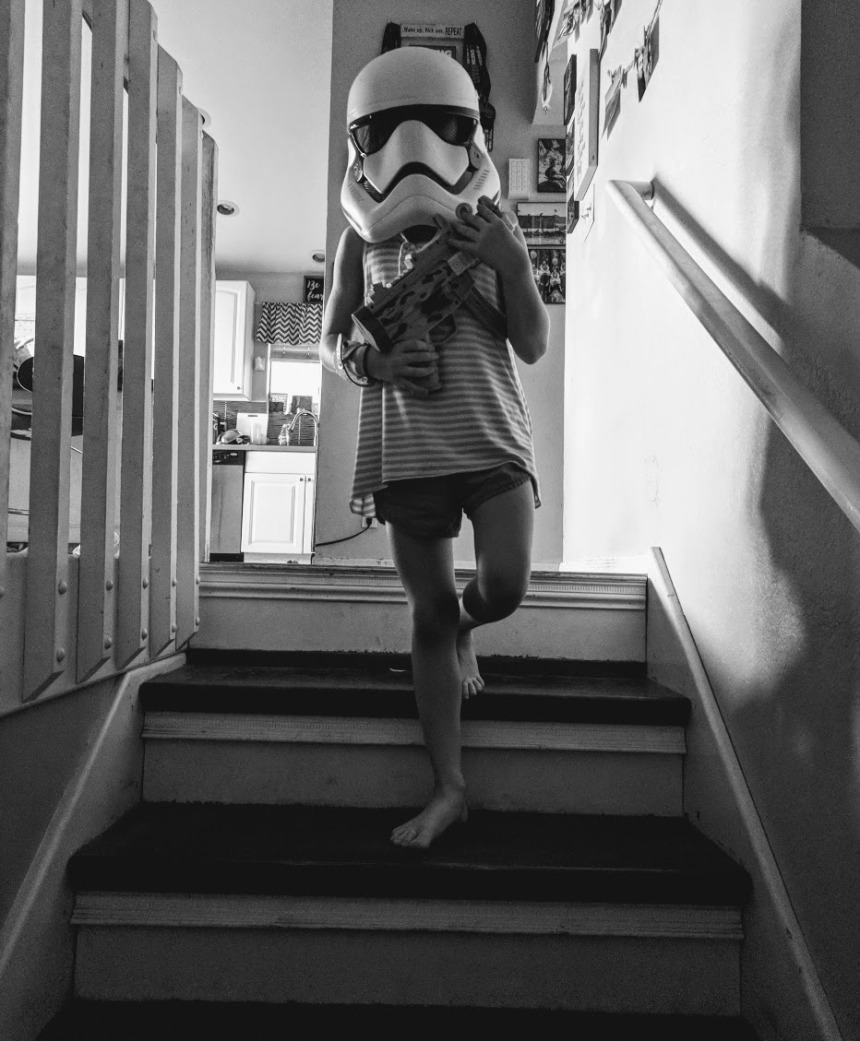 We don’t all have Luke Skywalker in our ears, as Rey does, but we could if we chose to. Who really knows if I’m pulling the right lesson from this teaser trailer (see? The doubtful voice in my head) but I feel pretty strongly about the tie to it.

We all know both of these people. We cheer for one and roll our eyes at the other.

I do think, though, that those of us who have earned a Luke-like voice in our heads, just need to listen a little harder. That’s how we know we’ve really earned it. And deserve it. Because, we don’t hear it immediately. We need to feel it, to allow it a moment to soak in.

We need to experience it so we know we deserve it.

You got this, whatever it is. An Imperial onslaught, or a big idea, a physical challenge, an emotional showdown, or a battle of mind over matter.