This may come as a surprise, but we found out yesterday afternoon that we’re expecting. Crazy. We actually gasped when we realized what we were looking at.

After all, it’s kind of weird for a lifelong city girl to navigate germination. But, Ron helped – obviously.

Farming, turns out, isn’t super precise. At least at our place. But today we received confirmation that this thing we’ve been doing for the past few months is going to bear fruit. Literally.

We have an itty, bitty watermelon leaf that has climbed through the layers of compost and sawdust. I actually think I heard it say, “Hi.” It has a really high voice, in my brain.

And in another box, we have an overachiever spinach sprout, which found it way to daylight despite being part of an older batch of seeds – ones we thought were out of date and wouldn’t germinate well.

And we have a few cantaloupe making their way to the surface, popping up like leafy periscopes on submerged submarines, letting us know all is well down below.

It was definitely a moment, seeing those guys make their way to the surface. We made goofy voices when we saw them. And talked to them. What? We were proud of ourselves, and of these little babies that we had brought to life.

We had only planted them a week ago. Most of the seed packets said we’d need to wait 7-10 days for sprouts, some longer. And these guys made it happen right on schedule. 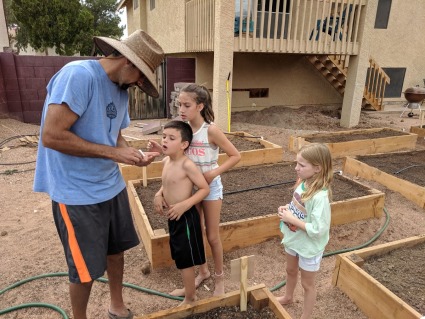 This whole farming thing has been a process. It started with an idea in the fall. That idea led to a total backyard renovation and reconfiguration. And that reconfiguration led to us building boxes for our crops, preparing the soil below the boxes, securing compost to fill the boxes, then actually filling the boxes, building an irrigation system, planting the seeds, worrying about if the seeds would take, and finally, topping each box with mulch or redwood sawdust. 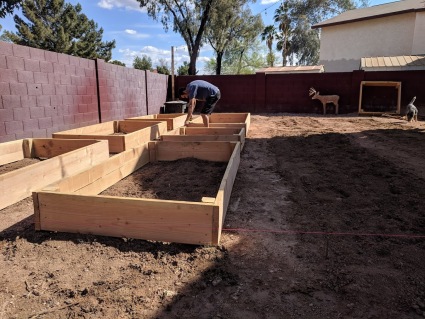 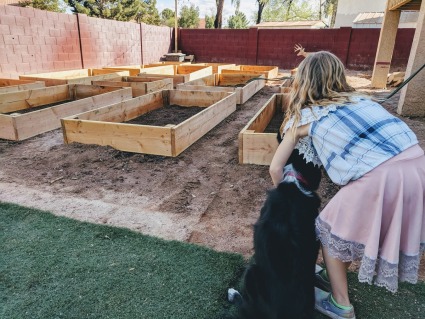 There was a lot of shoveling involved. A couple sun hats, too. And an effort to train the dogs to not go into the boxes, even if their toy landed in them.

And now we have proof of life, which is super cool. And rewarding. 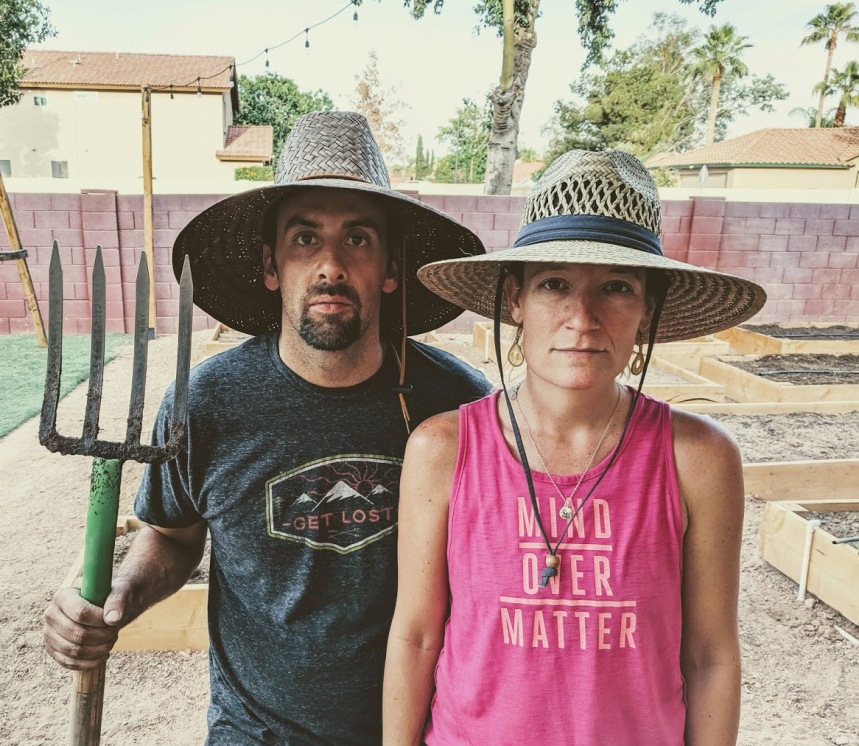