Now, looking at that, I’m hoping the word “pansy” isn’t derogatory. I’m thinking it isn’t, unless you are one. But I might…ugh…I’m overthinking.

I can say with confidence they’re tough, though, and know I’m not offending anyone. And how do I know? 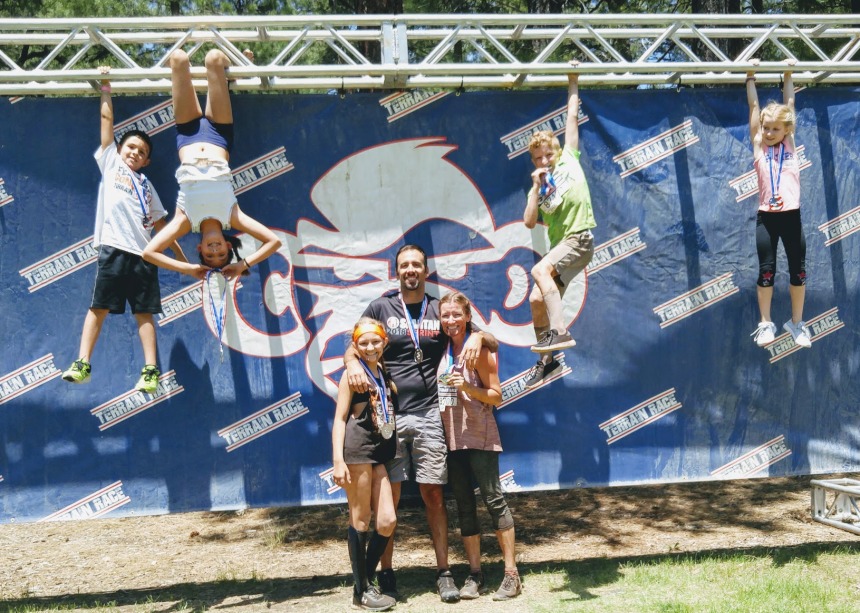 Two are one-arming this. One is upside down. And for one, it’s a long way down. And they all decided to climb that thing for the photo.

They had reason to be pumped. Three had just finished a 3.1-mile obstacle course run at 7,000 feet elevation. No sweat. And two had completed their own mini races without a problem. Like, it was too easy for them now.

So, that was probably their last kid race.

The big kids ran uphill for at least a half-mile a couple times. They carried buckets of rocks. They cleared six-foot walls and flipped tires. And they managed to transport sandbags just like all the other adults on the course.

The parts where I really knew they were tough though? When my oldest tripped on a rock and laid flat out on the trail, scraping her hand and scuffing her forearm.

She bounced up, quick, insisting she was “fine.” We both kept running until I saw her face begin to crinkle. She wasn’t fine, but she wanted to keep going anyway.

She wiped her hand and on she went.

And the boy? He spent most of the race looking over his shoulder at us, waiting for us to catch up, but was slowed when he slipped while carrying the bucket of rocks and scraped his knee. He laughed, even though he cut his knee open, grabbed a bucket and finished the obstacle.

They didn’t lose it when they got hurt, like this other kid did as we ran by, yelling at his concerned dad that it was “obviously his ankle” that hurt. Duh.

And they didn’t crumble into a puddle of tears trying to clear the cargo net obstacle just before the finish line as other kids did, wailing about how they couldn’t move. 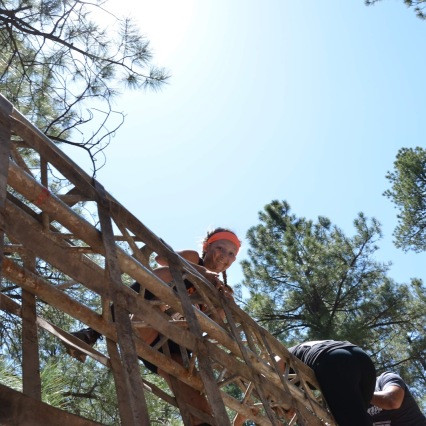 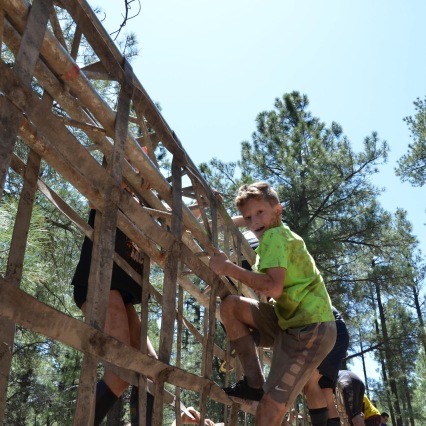 I guess that’s just kind of how it goes? I worry sometimes that they might get hurt playing too hard or being too adventurous. But I still want then to do it.

I never have to worry about them getting hurt out if fear – slipping from anxiety or talking themselves into a frenzy. Maybe it’s a trade off.