When they were itty bitty, they would scoot around my kitchen floor and play with wooden spoons. They would meet out front, early, and play with bubbles and bikes with training wheels and sidewalk chalk.

She, as a toddler, would only drink milk if it came from his fridge. And the two shared an untold number of granola bars at each other’s houses throughout their early years, to the point that his mom knew her toddler abbreviation for the word she couldn’t quite pronounce yet.

When he rings the doorbell, we know it’s him because he presses and holds it as long as possible. It’s his calling card. That, and probably nobody else would come over before eating breakfast.

They ate dozens of PB&Js together at the zoo growing up, watched a ton of movies together, and now he’s quietly coaching her as she digests the details of Stranger Things, which he’s already seen.

They laugh together, hard. Still. They go to different schools now, and have some new friends, but they still want to know what the other is up to. And still hang out as much as they can now that she lives half of her life somewhere else. 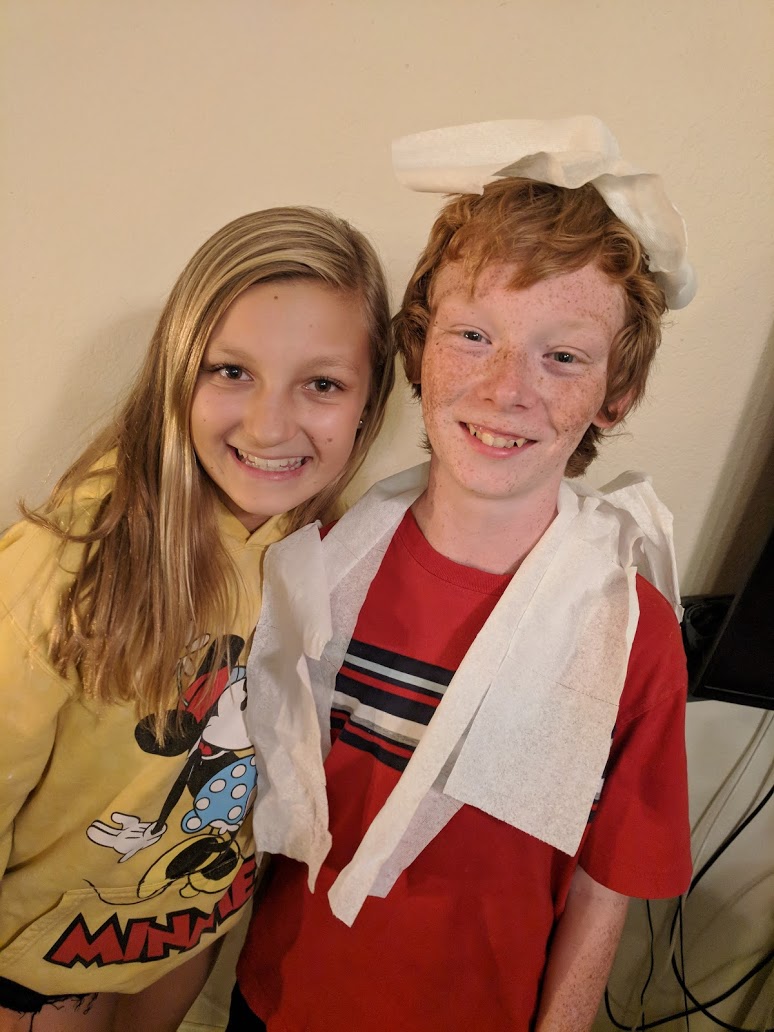 I’ve known since they were little that they’d always be friends. Even if they drift into different social circles or find different interests. They’ll always be like a home base. I really think that. Because neighborhood friends know you. From the beginning.

They see you in your pajamas. They eat dinner with you. They play outside with you until it’s way past dark. They do sparklers and bonfires and waste lazy Sunday afternoons away and they know your garage code. They know what scares you and what makes you laugh until you pee.

And, they have your back.

I’m so glad they know all that, even without saying it. How do I know they know? Because they wanted to recreate this photo. And did, all on their own.

And then me and his mom melted a little. 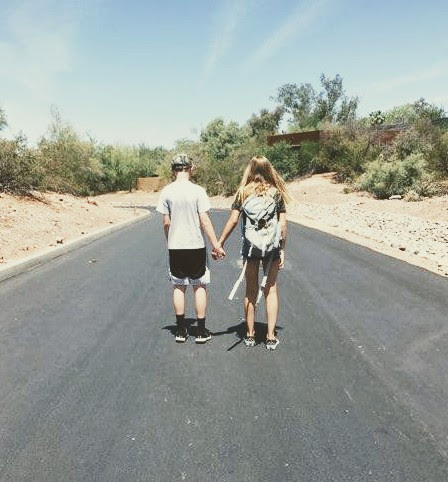