We watched as two elderly women walked past our patio table, each with a tiny dog under their arms. One had long, peach-colored fingernails and complained about her current husband’s level of cluelessness about having a dog sleep inside.

The other was missing her front teeth on top. She just listened and had a root beer. She might have nodded, too, as the other lady talked but we couldn’t see because they were behind us.

We listened as they nestled the dogs into one chair behind us, and had to bite our tongues as they talked in baby-dog voices to the tiny pups hoping to get a bite of whatever they had ordered.

That’s what Becky asked, before we quickly called dibs on which lady we could be. The one in the high-water, blue cotton pants or the one who carried the entire conversation loud enough for all of us to hear.

These moments, though, are priceless. These road stories. The ones that get you laughing so hard, because you have to be quiet about it, that tears start to run down your cheeks and your stomach starts to hurt. These stories, the road stories, are part of the intrigue of exploring. It’s like exploring humanity.

Like the rundown dude in a mountain-town Wal-Mart who filled his cart exclusively with tater tots. That’s it. Generic ones. A lot of them, too. Like, what was his story? What were he and his tots going to do later? Did he have some insane recipe the rest of us need to know? Or was this just one errand for him, on a Saturday, before hitting the dispensary?

It’s fun to imagine. And sometimes even more fun to find out.

That’s why I so appreciated Ron’s curiosity in a tattoo that spanned the wrist of our waitress at that mountain pub where we encountered those two old ladies.

That’s what he asked as this woman delivered our cheese curds. He was asking about an infinity-shaped tattoo on her wrist. It said something to the effect of “I will never fall because of her.”

“Oh, that’s about my ex-mother-in-law. I need to get it removed.”

We were dying to know more, but she had to go to another table. Those conversations are everything. Finding ways to experience the place you’re in – it’s what it’s all about.

It’s waving off the kids when they promise a rocket is in the sky outside the In-N-Out Burger in California, only to find out it really was a rocket – a SpaceX one. And you got to see the tail end of a launch. 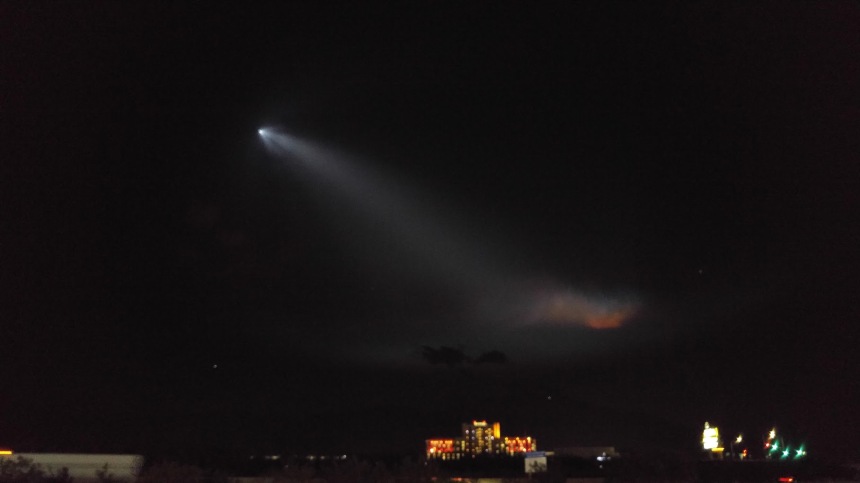 It’s the parking lot at O’Reilly’s, for hours, fixing a busted radiator after hitting a deer, and giving under-the-hood advice to a couple hippies who were hoping to make it to a point of totality for the solar eclipse in a different state than where you were headed.

It’s chatting up a server in Maui and learning what it costs to really live there, learning all about her boyfriend and finding out she has the same life philosophies as you do. It’s also talking with the guy in the Sturgis shirt at a roadside taco stand, learning he and his wife come to Hana every year and never miss this one taco stand.

It’s reading all the messages inside a shack at Four Corners, where Native American tacos are served and the folks who enjoy them leave messages written all over the walls. It’s also walking into an AirBnB in Colorado and sending your besty a photo of the homeowner’s impressive collection of “High Times” on the coffee table, right below an ashtray holding the remnants of some time spent with MaryJane.

The stories are everything. There are so many more. The spiritual confessions of our guide at Antelope Canyon, the blackjack dealer who had to end a game to go home to feed her baby at 5 a.m. in Vegas, our dive captain who told us every harrowing story he’s lived while looking for our snorkel spot with dolphins off the big island.

And the kayak guides who left behind a Bearfish shirt at our campsite in Idaho – a souvenir we tracked down months later to discover its meaning.

There are so many stories, but somehow never enough. Road stories make the trip. They’re the souvenir and they never cost a thing. I mean, unless the thing you were doing cost something. But the memories don’t.

And that’s what it’s all about. The quest for more stories. Because going always makes a better story than not going.