I could hear them from a room away, and by hearing them, I mean they were super quiet. If I tip-toed up to their door, which I did, I could see that they were deep into a “game” of Legos. The kind of Legos that include a little beach house, little Lego people and their brother’s Lego jeep released when Hawkeye was introduced to the Avengers movies.

It was the day before eighth grade for my oldest, and the day before fourth for my youngest. Later that night, my oldest would begin reading The Fault in Our Stars, asking me questions about the meaning of certain words and giggling out loud when the narrator – a teenage girl – talked about a boy in her support group who had cancer in his “balls.”

Hearing them play Legos was a gift.

It came on a day when we had walked to their school to get information about the year ahead, and the women in the front office feigned disbelief at how old these little maniacs had become – since they had seen them all come to that school in a wagon at one time or another.

This day, one of Legos, in an age of Instagram and videos and facetime. And hair color and Dutch Bros. and Stranger Things.

Them playing Legos, and building an adventure trailer for their little people, JUST LIKE THE ONE WE HAVE AND RECENTLY USED ON OUR BIGGEST ADVENTURE YET, was a gift.

And I’ll keep it. 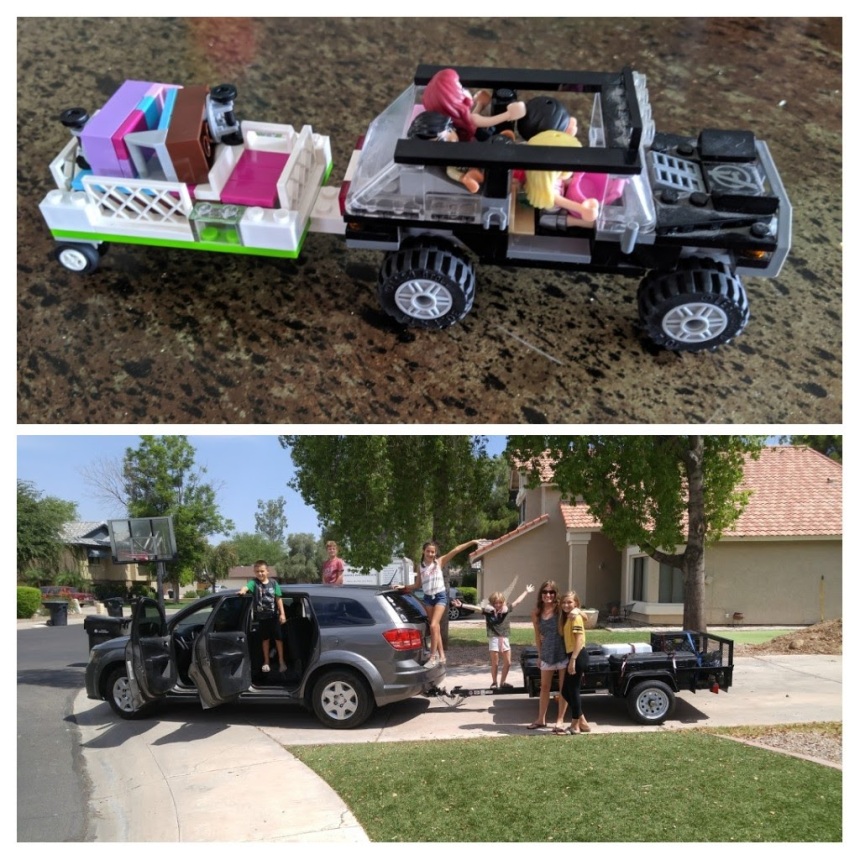