I think we all know that when it comes to Wal-Mart, we make compromises. Big compromises.

We trade our moral high ground sometimes for a hot deal. For convenience. For the chance to buy everything in one stop.

That. We do that knowing they suck up local competitors and sometimes give us a generally gross feeling.

Today I traded a competitive price for three hours of my life. Three hours. In Wal-Mart. Needing nothing but the car battery the dudes were installing, for free.

I’m here to tell you things can get a little desperate with that amount of time inside a superstore. With no need to buy anything.

I touched every blanket and pit each one against the other in terms of snuggliness.

I looked at fishing poles.

I waited for a long time for someone to come unlock the tire tubes. Because people apparently steal those. And no one ever came.

And I was in a position to wait. So.

I checked out the bikes. All of them. And then the Christmas trees – even though it was only October outside when I walked inside the store.

And then I found the jacket. The. Jacket.

And, since I had time to kill, I tried it on. And asked my friends if they’d join me in an attempt to try out for Missy Elliott’s next music video. 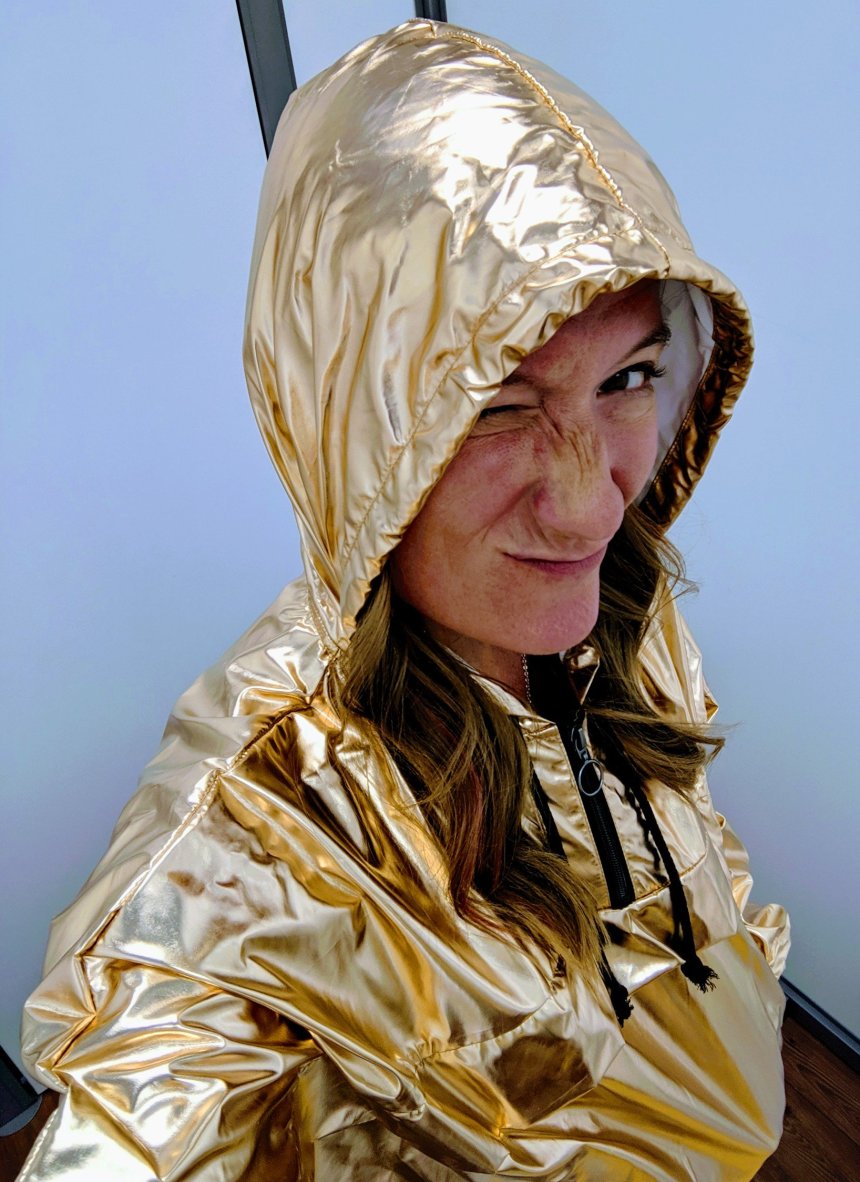 I touched all the cardigans. Felt the insides of sweatpants for another measure of snuggliness.

I wandered to the hammocks and perused the boots, since Lulu was starting horseback riding that night and she insisted she needed boots.

And I wondered again if grown ups are actually wearing these Hakuna Matata tees that they insist on selling.

And then I waited for my three hours to be up. Because that’s just too dang long to be in Wal-Mart. For anything.

Except a battery. Because now I know my Halloween costume.