Today was one of those days. The ones that are pretty dang perfect.

It was a get-in-the-car-and-drive day. North. To where the trees looked different and the air smelled sharp.

It was a get-the-dog-water-bowl day. And a “grab your daypack” day. 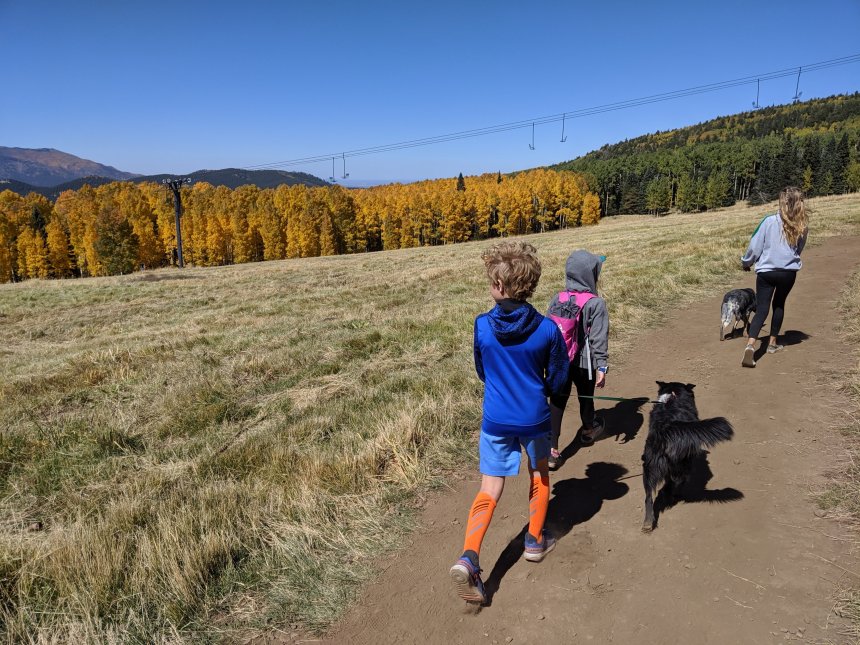 It was a we’re-gonna-need-sweatshirts day. It was also a sing-in-the-car day, to songs they pick, some I know and some I don’t.

It was a holy-shit-we-found-the-end-of-the-rainbow day. Like, for real. We’ve never seen gold like that. Which is why we went. 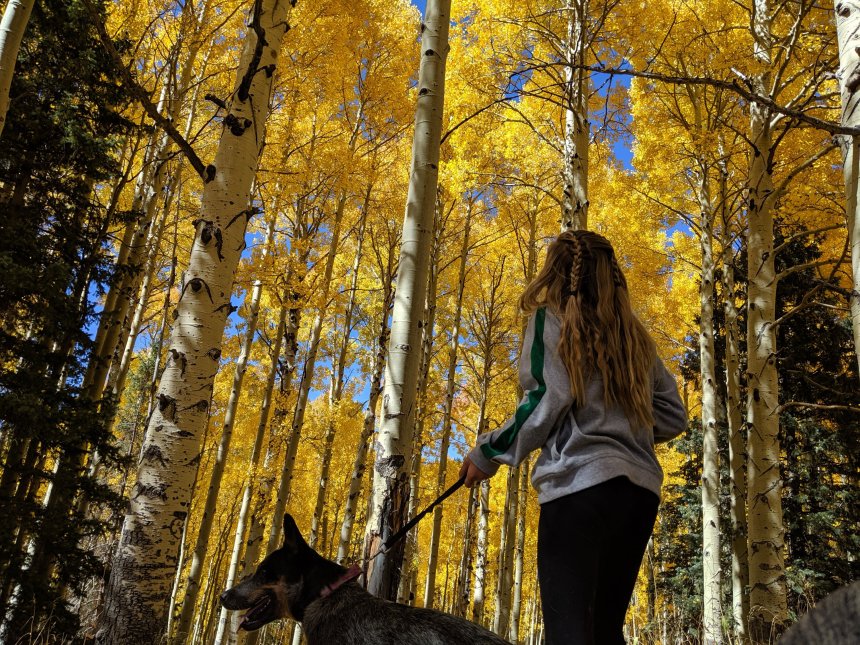 It was a the-sky-is-so-blue day. It was also a dog-photobomb day in the most hilarious way.

It was a spontaneous day. It was a day I forgot about, one where they’d be home from school and one that I was able to use as a last-minute vacation day.

And it felt every bit a vacation, all 12 hours of it. Because, we were gone, in a place that looked and felt nothing like home. Evergreens instead of cactus, ski lifts instead of traffic. Skinny trails instead of boredom. 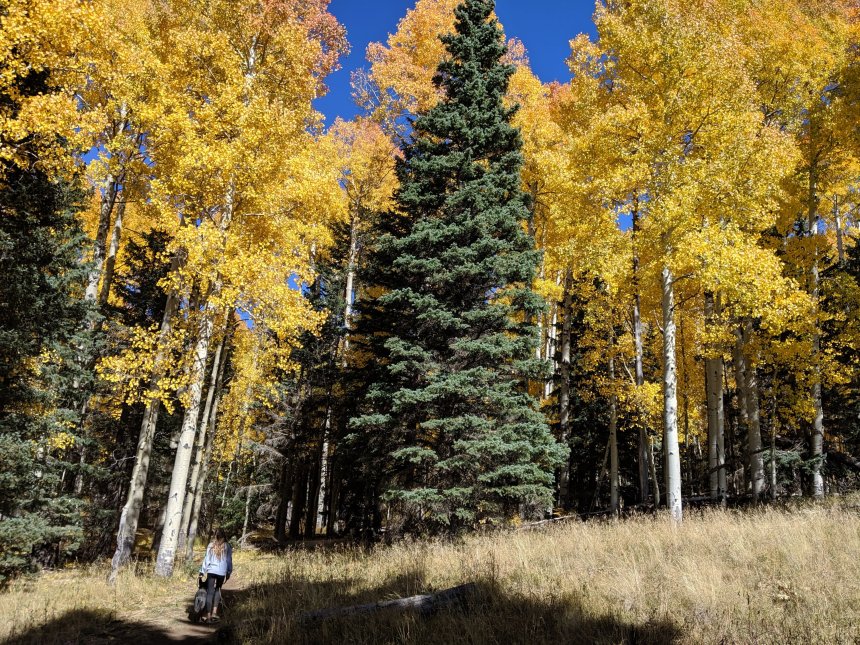 And we had a million opportunities to take fun photos in a place that loves to make anyone look good. 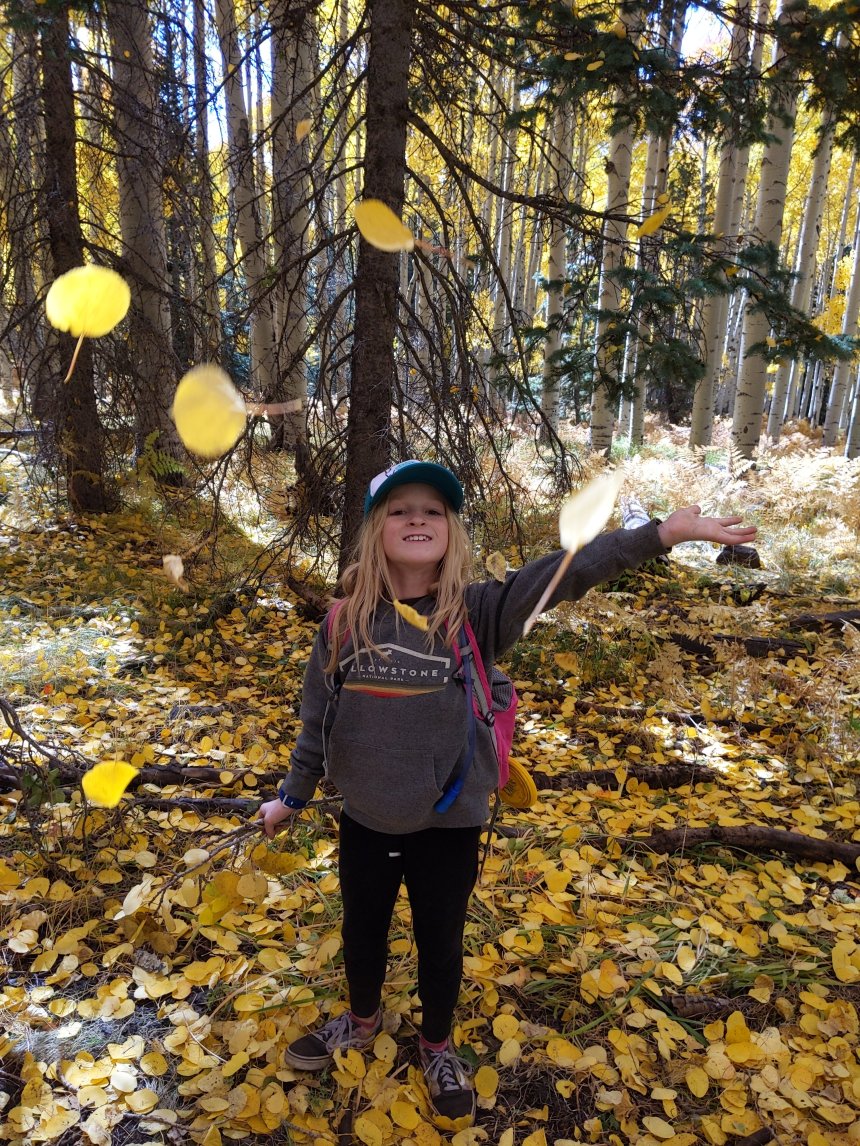 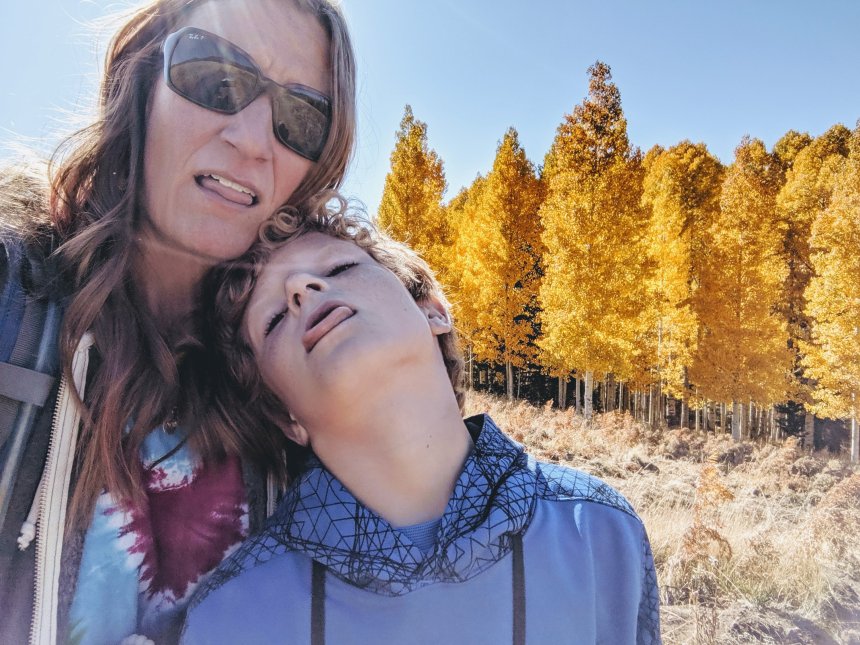 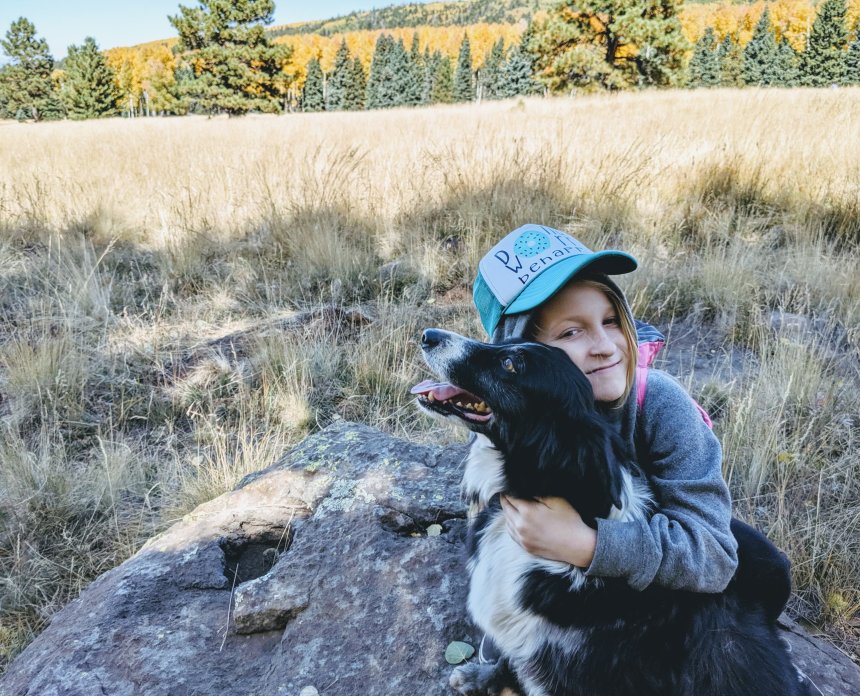 It was a pretty perfect day even before the burgers from Mama’s, that are now my new standard of starving-status-eats.

And it got even more perfecter after laughing for a solid 20 minutes inside my favorite Flagstaff shop, one that is stocked with crass stickers and books and tees, some of which we had to buy. Obviously. 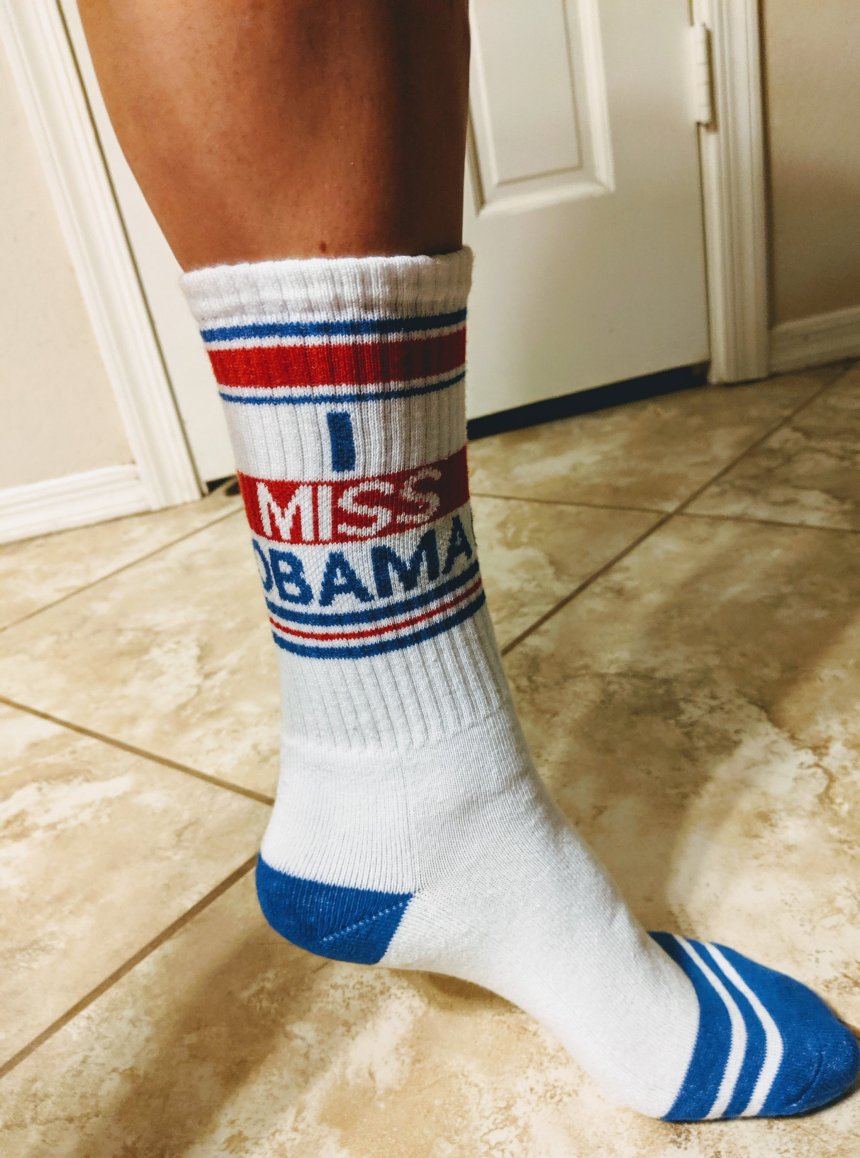 I didn’t see the dolphin hand-puppet coming, and I cringed as I paid for it for Lulu, but it’s literally her DNA. So, it was perfect. It actually serenaded us on the way home, singing Andy Grammer love songs.

Today was perfectly unplanned. But I somehow hope to repeat it, somewhere again.